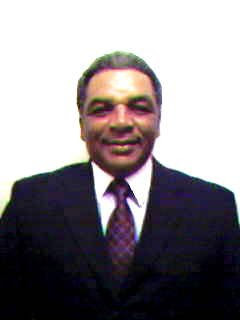 What a wonderful time to live and work in the State of Alabama. Every resident of this great state should be “Alabama Proud”. We had a record breaking year in 2007. 2008 and the years to come seem even more promising. Our state has had $6.8 billion in capital investments from industrial projects, the highest recorded in the state’s annual records. The influx of new businesses to Alabama has created 10,172 announced new jobs while the existing industry reports a creation of 14,072.
County after county is experiencing this resurgent economic climate while Mobile County recently won one of the largest industrial projects in America. ThyssenKrupp, a 3.7 billion dollar steel and stainless steel processing facility plant located in North Mobile County is one of the most sophisticated carbon and stainless steel processing facilities anywhere.
Alabamians are hard workers and our strong work ethic is one of the reasons we have attracted so many new businesses. Since 2006 Alabama had the biggest decrease in unemployment of any state in the Southeast over the past year. For three consecutive years, Alabama has been named "State of the Year" by Southern Business and Development magazine for its record of industry expansion and job creation. Companies from all over the world are beginning to learn what Alabamians have known for years: when given the opportunity, our state’s productivity is rivaled by few. Companies are investing billions adding high paying and stable jobs to our economy. From automobiles to aerospace, and from health care to biotechnology, Alabama is diversifying and attracting new industries.
13 years ago, Mercedes-Benz opened a plant in Vance, the German automaker’s first assembly plant in the United States. The move caused other manufacturers to take notice of Alabama’s workforce’s productivity. Since then, Hyundai, Honda and Toyota have all opened plants in Alabama and created nearly 10,000 jobs as well as billions in investments.
As Chairman of the Alabama Benin Forum, an organization that was created by Alabama Legislation and signed by the Honorable Governor Bob Riley. The purpose of the organization is to establish dialogue on trade and investment between the State of Alabama and certain Sub-Saharan African countries as defined by the federal African Growth and Opportunity Act; to establish a trade, investment, and development demonstration pilot project between the Republic of Benin and the State of Alabama; to establish the Alabama-Benin Trade and Economic Cooperation Forum; and to provide access to Alabama’s credit institutions, technical expertise and markets.
Just as an economic boom has energized the economy in our state, oil and mineral rich West Africa has experienced a new economic wind of change as well. Nigeria, the largest country in Africa, its membership of the World Bank's Multi-lateral Investment Guarantee Agency (M.I.G.A) as well as the operation of the bilateral Investment Promotion and Protection Agreement (I.P.P.A) between Nigeria and any interested party country, make for adequate protection of foreign investment in Nigeria.
On October 18th the FRIENDSHIP NETWORK, an organization of 100+ Nigerian businessmen with strong and diverse portfolios will arrive Montgomery, Alabama. They are coming prepared to invest, partner, network and create business initiatives with the Alabama business community. Agriculture, textiles, education, biofuels, microbiology, farming, industrial, import/export, aeronautics, automobile industry, banking, health and technology are just some of the areas the group is seeking to explore opportunities thorough associations and partnerships with representatives from the State of Alabama.
The International Business Symposium will commence on Monday, October 20th and conclude Thursday, October 23rd. It will be held at the beautiful Renaissance Montgomery Hotel & Spa at the Convention Center. The Alabama Benin Forum is also excited to have the support from the Honorable Bob Riley and the ADO office on board with us.